The level of personal offense someone takes when presented with a truth claim does nothing whatsoever to invalidate the truth claim.

While Pastor Challies starts his article by pointing out the red herring Evans cooked up — that if wives slouch off on their appearance, husbands will cheat on them — that isn’t what he chooses to focus on in the main thrust. Challies makes the case that while YES appearance counts in marriage, he dispels the notion that becoming a slob absolves your spouse of any sin. Further, he draws the distinction between naturally growing old and living life with what he calls inward and outward appearance.

When a wife rejects or belittles her husband’s sexual needs, she very obviously HARMS his ability to avoid improper sexual impulses. But that isn’t entirely what either of these cited truth claims state. The truth claim in each of the above cases expands on that accepted fact by stating that when a wife ignores (a) her appearance and (b) her husband’s sexual needs, she is NOT HELPING him to avoid sexual temptation.

Don’t get me wrong. I am not attempting an argument from personal ignorance, nor am I accusing Evans of outright lying. After all, what would be her possible agenda?

It Is What You Make It

Over the last few years, I’ve heard more and more about the pagan routes of Christmas. I don’t know if more people are talking about it, or if it’s just something that is now coming to my attention. 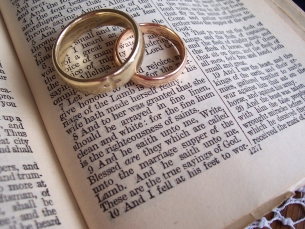 The above quote very effectively sums up what I hear most often when addressing the idea of wives respecting their husbands the same way that husbands are to love their wives. I don’t know why we accept the fact that they must unconditionally love us, but a wall goes up when considering an unconditional respect.

All week this week, when I’ve listened to a Christian radio station, the DJ’s have been asking people to call in and give the best advice their fathers gave them. Every time I heard the question, I thought about all of the counsel my father has given me over the years. But, one thing in particular stood out time and time again.