I often post a list of all the things for which I’m thankful on Thanksgiving.  But, in an effort to get back into the habit of daily blogging, I’ve decided to do a post a day for the month of November. 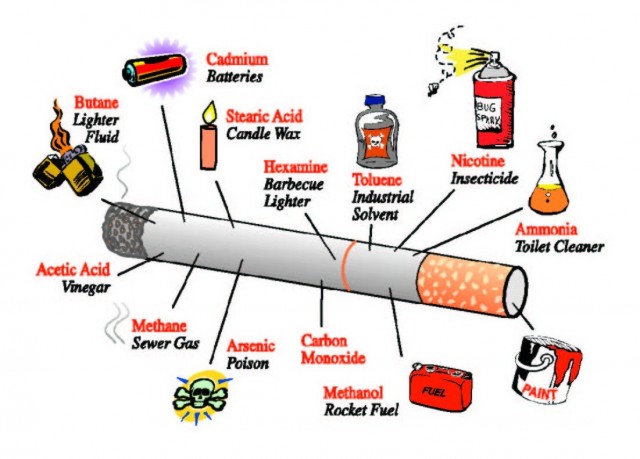 It has been ten years this month that I have been smoke free.  I started smoking cigarettes when I was a teenager.  On my 18th birthday, my mom jokingly bought me a carton of cigarettes and told me I could come out of the closet.

I LOVED smoking.  I enjoyed the oral fixation, I enjoyed the feel — nothing was better to me than to sit down with a cup of coffee and have that first cigarette of the day.

Gregg and I both smoked when we met and got married. He was a teenager in Kentucky, where it seems like everyone smokes, and spent many a summer picking tobacco on his family’s tobacco farm.  Smoking was just a part of us, and neither of us had much to think about it.  Until one day Gregg jumped out of an airplane and landed in a fire ant bed.  Apparently, he is allergic to fire ant bites, and started to go into anaphylactic  shock. A rush to the emergency room, medication, and a chest x-ray revealed — a spot on his lungs.

Now, Gregg’s mother (also a smoker) died of breast cancer when he was a young boy.  And suddenly, a shadow on an x-ray made mortality a very real concept to this veteran of two wars and bearer of many military badges, medals, and commendations.

The shadow, or spot, turned out to be nothing.  But, it did cause a catalyst in our lives.

A week later, on the morning I had my tonsils removed, we smoked our last cigarettes.

You want to know why I don’t smoke anymore?  Because quitting was HARD.

I know for a fact that I would not have ever quit if what we perceived to be my husband’s life wasn’t at stake.  Honestly, if it were just for me, I would have happily continued smoking until the end of my earthly life.  But, to help him, I quit, and that was the only way I was able to derive the strength to hold fast.

It has been ten years and I still have moments when I really want a cigarette.  Now, in the last probably year, those moments have been a little bit less often.  But, that’s just been in the last year.  For nearly a decade, I wanted a cigarette all the time.  Nothing appealed to me about smoking anymore.  I know all of the science, I know all of the risks, I know all of the health studies, I think smoking is unattractive and really a turn-off for me, I can’t stand the smell, and you won’t find a more determined advocate about a healthy lifestyle and healthy eating — none of that had to do with the way my brain spent many times a day trying to convince itself that I could smoke again.