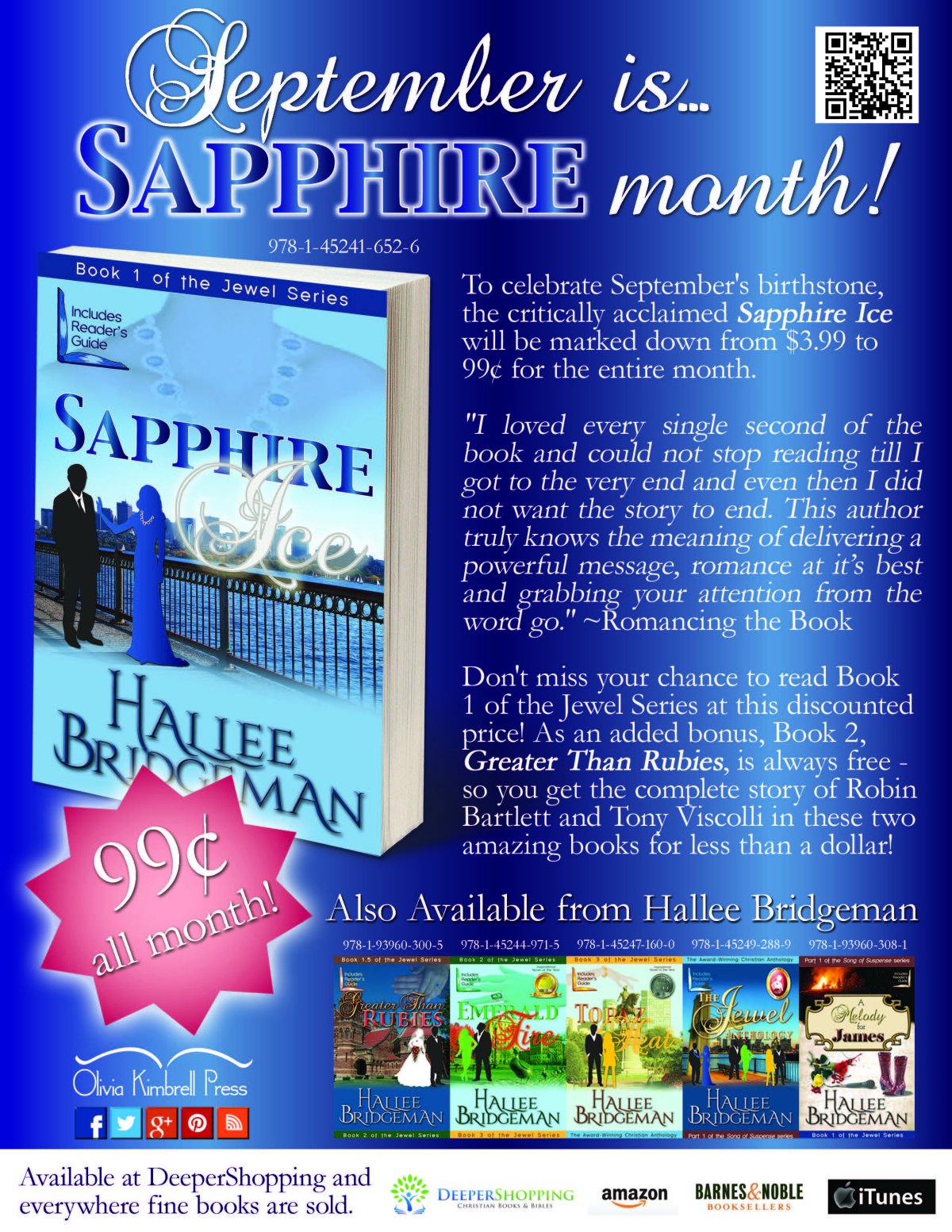 Robin’s heart is as cold as her deep blue eyes. After a terrifying childhood, she trusts neither God nor men. With kindness and faith, Tony prays for the opportunity to shatter the wall of ice around her heart. When a frigid phantom from the forgotten past threatens their future, Tony’s unshakable confidence and Robin’s new-found faith must melt the threatening maelstrom.

Sapphire Ice can be purchased in e-book format for only 99 cents at the following places:

Sapphire Ice can be purchased in paperback at the following places:

To Robin Bartlett, men were nothing more than violent users. After a hair-raising childhood, Robin and her two younger half sisters battled simply to survive. Determined to give her sisters a very different life from that of their mother; to never have to rely on a man for anything, she worked two jobs and put them both through college, while accepting help from no one. Her heart had turned to ice and she had no use for men or God.

Antonio “Tony” Viscolli had grown up on the streets, homeless. At seventeen, he entered a downtown church with the intent of casing it, but found himself on his knees at the altar. After being fostered by the youth minister, Tony followed God’s leading and eventually became a very successful and powerful businessman. In a fallen world, he was a gem.

When Tony bought the restaurant where Robin bartended, she immediately resented his intrusion into her well ordered, but exhausting, life. She suspected his offering her special attention and constant kindness was merely his way of expecting something from her in return, something she wasn’t willing to give.