There’s More Than One Way to Pick an Apple Tree

My apple tree had a really good looking crop on it this year.  I was looking forward to working with the apples, but not looking forward to picking it.  It’s so big and positioned so awkwardly that it’s often a chore to get anything off of branches anywhere near the top.

So, last Monday, half of my tree fell.  The ground was just saturated with rain and there must be something attacking it, because half of it just fell over.  Right onto a friend’s car. 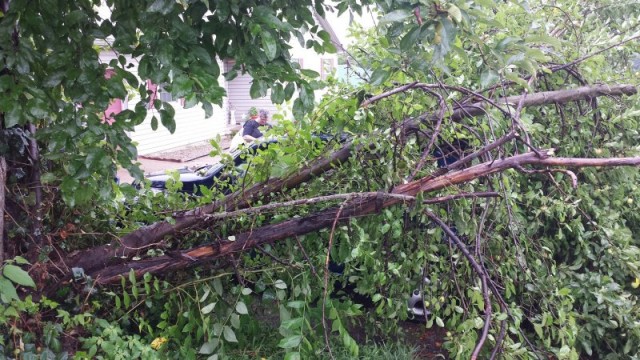 Some of the apples were close to being ready.  Some were moderately ready.  And some were good pectin making apples.

So, we got out there with chain saws AND baskets and while Gregg and a friend’s son got the tree off of the car and out of the road, I picked apples. 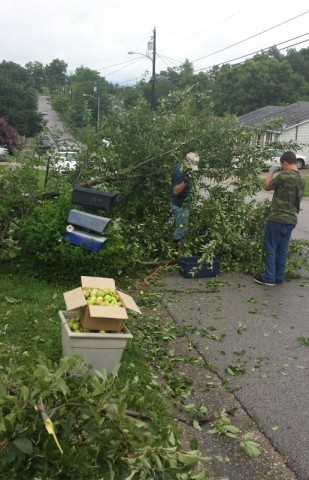 Wow.  It was SO easy to pick when the branches were lying on the ground!  HA!

We managed to fill my bathtub with apples. 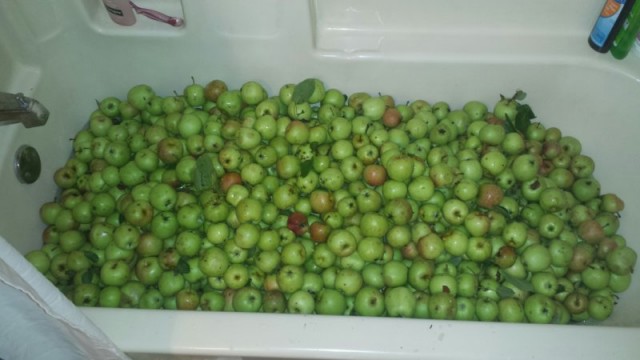 A week later, and more batches of apples, applesauce, apple jelly, and apple butter than I care to talk about later, I have one box left. 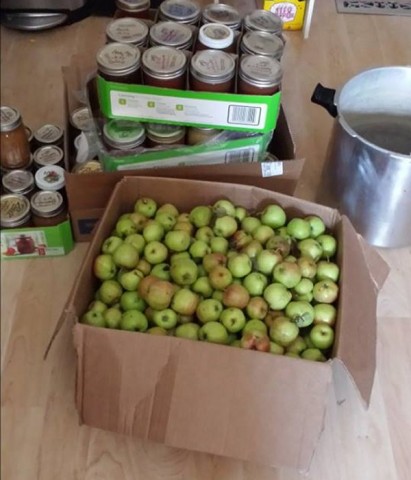 It’s been CRAZY.  But also very fun.  I love harvest season.  I’m just not used to juggling apples at the same time I’m pulling cucumbers in by the bushel and finding something to do with all that summer squash!

As I was washing a big pot after making 12 pints of applesauce and had the canner just boiling away on the stove filled with jars, I said to Gregg, “I don’t know how women did this before they had running water.”

He said, “They didn’t do it alone.  You’d have had a group of friends show up and you would have knocked those apples out in a day.”

He’s right.  I pondered that for a bit while I kept working, and ran some more water, and cut some more apples.