This has been a very strange beginning for my garden.  I was late getting any seeds planted, for one.  The day that I planted my seeds, it was 90 degrees outside, so I went ahead and put corn, beans, winter and summer squash, watermelon, canteloupe, radishes, carrots, and onions into the ground, worried I was too late.  But the next weekend, the temperature drastically dropped.  I don’t think it actually froze, but on my morning walk one morning, I saw several houses that had outside plants covered in protection, so if it didn’t frost, it came really close. 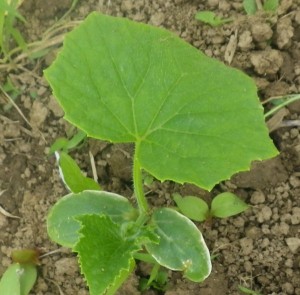 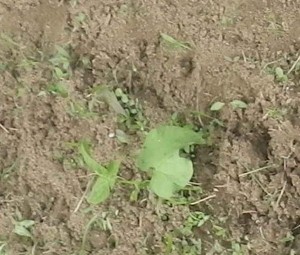 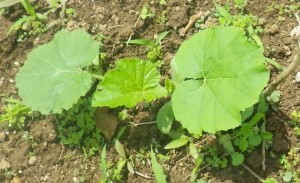 No melons or summer squash came up.  Last week, I planted more, but put them in seed trays instead.  Which, is probably a good thing, because last night it got down to 40. 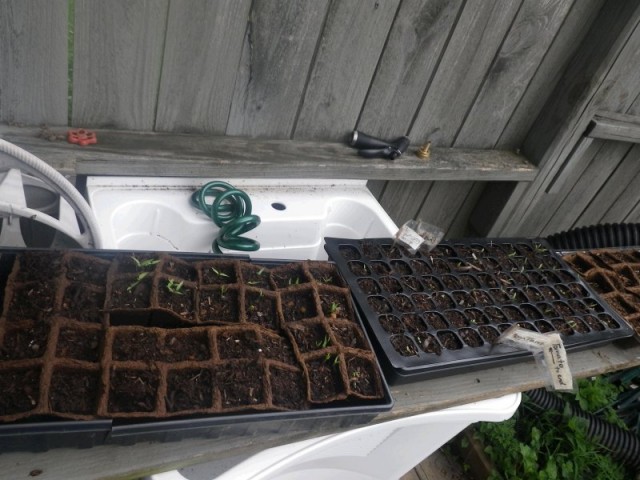 The radishes, onions and carrots are doing great.  I haven’t weeded around the carrots, because they’re still very young. 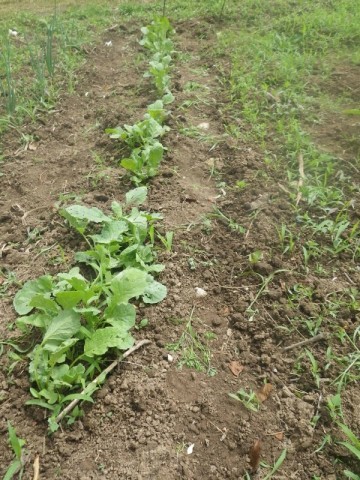 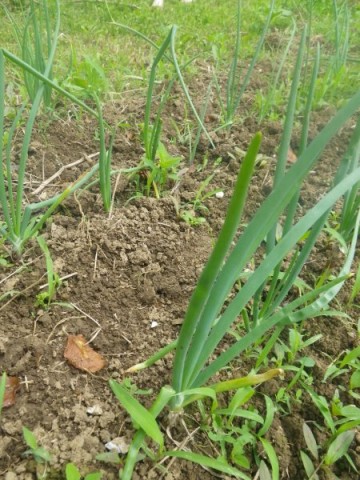 I had a friend give me a couple dozen tomato plants that are in the ground.  They are still very small and hard to see: 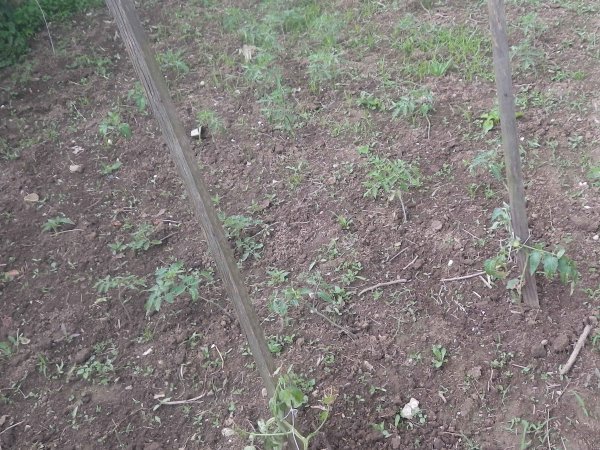 I even have a little tomato growing already: 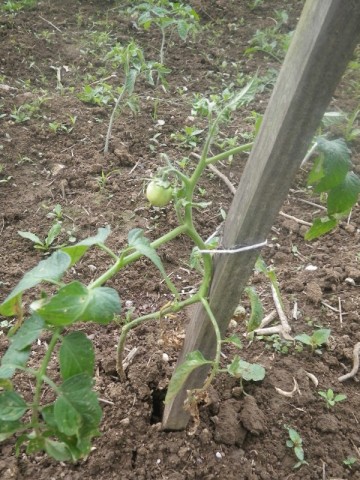 I have mixed batch of lettuce growing in a container: 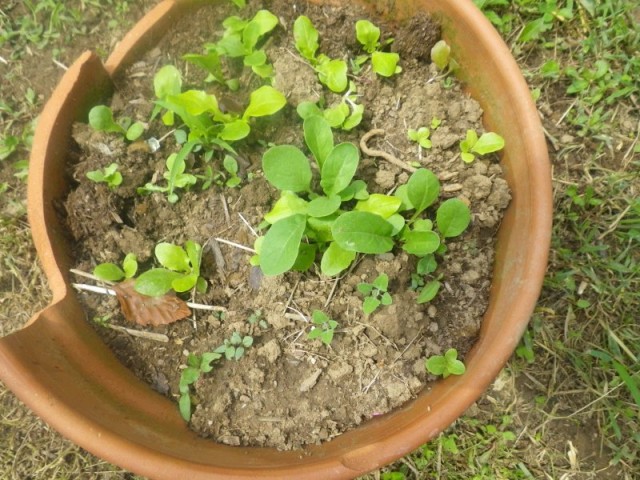 I replanted the corn, and while I was taking pictures, found two of the four rows I planted growing (this picture was taken before I thinned them out.).  No idea what happened to the other two rows.  I have more planted, though, and will see what happens next.  I will also plant green beans that grow on a vine instead of a bush at the base of these corn once I get in there and thin them out.

I have two blueberry bushes that had a nice amount of blooms on them this spring. 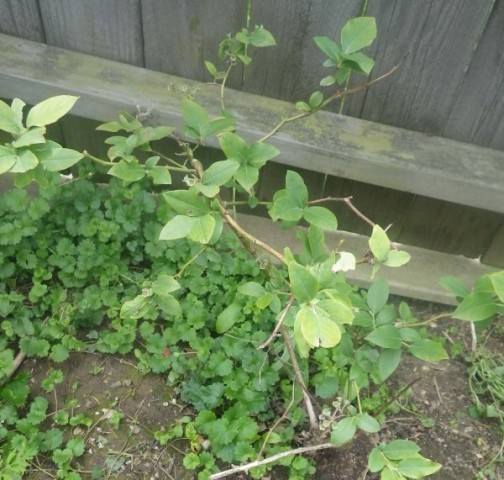 I also have a grape plant that has survived multiple hits with the lawn mower.  I’d love to plant another one and build an arbor right where this one is and see if I can get some grapes out of them! 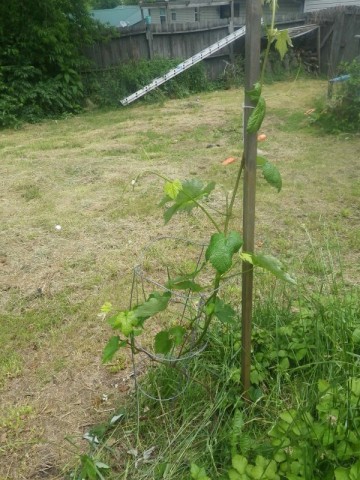 And, when cleaning out along my back fence, I found a massive blackberry bush! 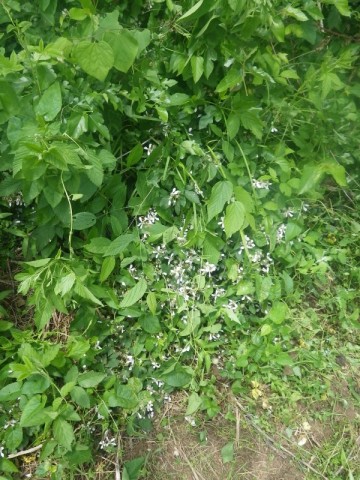 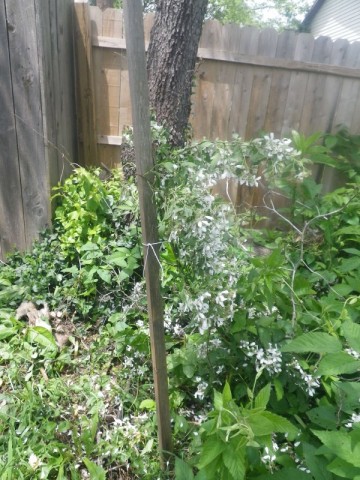 And, as always, my horseradish plant is going to take over the world one day.  This plant is four years old now.  I’ve even cut off two major chunks of it to share with friends. 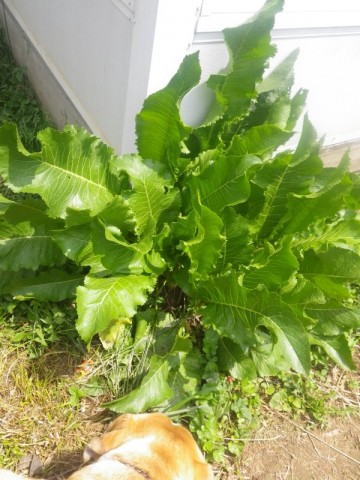 So, here in this Memorial Day Weekend…how does your garden grow?