God Has Plans for the PERSON that is Me

We’re going to have a moment of honesty here.

I entered into writing this post this morning prayerfully and I have already committed to publishing it no matter what. My husband is keeping me accountable to that. Here’s why:

I honestly didn’t think this time last week that this blog would still be a going thing today.  As a person, a human being, I was really turned off about posting on it and just kind of put off about it in general.  In truth, I’ve been avoiding it.

Something about me some of you may know is that since 1999, I’ve always been a writer.  If you had to box me up and label me, you could just slap a big label above me that simply said, “WRITER” and move on to labeling someone else. Between New Year’s Day 1999 and September 11, 2001, I wrote 11 novels.  Post 9-11, my divorce, my remarriage, Gregg’s deployment, Scott’s traumatic birth, our move to Kentucky, Jeb’s high risk pregnancy and traumatic birth, Gregg’s working in Afghanistan while I had three kids at home, Scott’s developing issues — all of those things took away from my ability to write novels.  And, I really think that subconsciously, this blog fed that desire to create with the the written word.

But I always had a “fan base” of people (like my grandmother, which is awesome) who, every time I saw them or spoke to them, would ask me when I was going to get published or if I’d written another book. My friend Donna was in a bookstore one day and chit-chatting with someone else there, and somehow, the conversation went to the best books they’d ever read.  Donna said, “Oh, I know exactly who you should read.  Her books are amazing, and you’ll never forget the characters…oh, wait.  She’s not published yet.”

So, writing has always been my identity, and the people in my life are SO happy I’m finally pursuing it, and so excited to see the success I’m having with it.

And then there’s my blog readers, who, for the most part, ignore it.  Silly me, for assuming that something important to me would or should garner some reply from people who have read me for the better part of four years.  Here, Facebook, Twitter, Google+ — anywhere I associate myself as Hallee the Homemaker that I have talked about my writing creates cricket-chirping silence.

Because I’m a person, a human being, and because I’m a woman with a woman’s brain and a woman’s emotions, I take the silence as rejection.  Plain and simple, I’ve felt like I was being rejected by the very crowd with whom and to whom I have ministered for four years.

I did have some expectations, but not like you may think.  I did not, nor do I, expect my thousands of readers to run out and buy my books, because I didn’t and I don’t.  But, I did expect there to be at least SOME sort of response, even possibly some sort of encouragement like, “Hey, this is awesome!”  “Congratulations!” “Wow! Awesome cover!”

But, instead, there’s a deafening silence.

And when there wasn’t silence, there was a barrage of rather ignorant criticism for daring to write a book that actually talked at great length about how Christ can free us from our bonds of sin which I had, rather cleverly  to those who bother to get the punch line, wrapped up in the shape of a gravy cookbook.

And, truly, a giveaway worth $50 that has only 7 people entered to win it?  Seriously?

I started to feel like I was nothing more than a resource to people, a website — a handy reference when someone needs to pasteurize an egg or learn about a Levitical diet — a neat blog for recipes or party ideas — and no longer a person.

That feeling was brought  home very vividly to me last week. I was making pico de gallo when I accidentally cut my finger. It was BAD! I sliced through the fingernail and into a good portion of my fingertip. I was about one more bandaid away from getting stitches and said something on my Hallee the Homemaker Facebook about it. The only and I mean the only reply I received was to ask for the pico de gallo recipe. 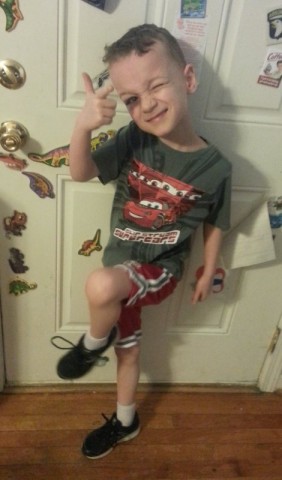 So, I thought, I’ll just close it down.  They don’t like this part of me, they’re not going to get the rest.  I won’t blog about Kaylee driving, or juggling spring volleyball season with tennis season, or the fact that Scott, in all of his obsessive compulsiveness, wore shorts today for the first time in three years. I won’t post the hundred or so recipes I’ve prepped over the last year, or talk about my garden or the giant blackberry bush I found behind a dead tree in my yard. I won’t write about all of that because I’ve been rejected and I feel rejected.

And then God stepped in.

Last week, I got a Twitter message from a local blogger, Amy at The Happy Homemaker.  She said that there wasn’t a big blogging community in Lexington, and did I want to get together and meet.  I contacted my friend Sarah of SMASH – Save Money & Stay Home and we all met for lunch yesterday.  I had THE BEST time fellowshipping with these two amazing women.  Amy talked about a blogging community in Louisville and how they meet and do, and bounced around the idea of forming something local to us that would have some sort of service community type thing attached to it.  Brilliant idea, something I’d totally jump on, and would completely love. 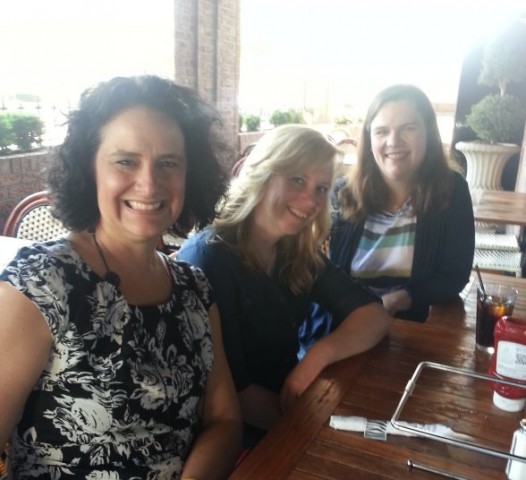 As I drove away from that lunch, I was excited about possibly meeting even more bloggers in my area and tying it into serving when it occurred to me: I’d have to be a blogger for that to be.  And I felt God’s nudge and acknowledged that feeling rejected, especially as a woman, doesn’t always mean rejection.

So, I apologize for reacting to feelings based on my expectations.  I apologize for any kind of absence or lack of quality that likely result of these feelings.  I will go forward from this day with a feeling of restoration and renewal. I will continue to be emotionally invested in my readers because that is who I am.  But I am still a writer and that is still a major part of my life.