I don’t watch the news or read any major news media stories. I find them highly spun toward pure editorializing and very agenda driven, much like the propaganda mills of the second world war.  I have a bookmarked group of sites I read that specifically report on publishing news and I read them every few days — but that is only because the publishing world is kind of the wild-west right now, and everything is rapidly changing. So, other than the fact that Amazon changed its associates program and Barnes & Noble is closing 20% of its brick and mortar stores, I don’t know anything that is going on in the world.

So, on Facebook, when a friend posted something about blaming a rape victim for being raped due to the clothes she was wearing or how much alcohol she’d consumed, I did not realize that a current event was being discussed.  I replied with:

I wouldn’t say it was a reason, because a man chooses his own actions and evil is evil… but I would certainly say that some women could be less at risk consuming less alcohol or dressing differently or being in a different place.

This resulted in a really  angry private message and my comment being removed.

It irritated me, but I didn’t pursue it. A few days later, looking at a fellow-writer’s Facebook, I saw a bunch of articles and commentary about some teen football players, rape, and the outcry about the lack of sympathy for the victim.  So I’m guessing that the original post days ago that resulted in the angry personal message was about that story.  If I’d known it was a current events story, I likely would have ignored the conversation.

But it stayed with me and I ended up talking about it with Gregg — my husband who hates rape with a deep, hot, burning hatred hotter than the heart of the sun. 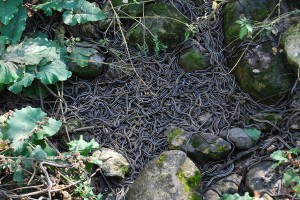 “Okay, so straw man.” Gregg said, “Let’s say there’s a pit. Odds are there aren’t any dangerous snakes down in the pit. Well, one way to guarantee you never get snake-bit is don’t ever jump into the pit. Teenagers being teenagers — they are going to jump into the pit. Still, even if you get down in the pit, if you are aware of the risks, careful, sober, and dress appropriately, even should you encounter a snake, you have a good chance at being able to handle the situation. Of course, if you decide to get drunk, cover yourself in snake nip, and jump feet first into the pit, in the rare event that there are snakes down there, you are very likely to get bit. Now, your choice to get in the pit drunk covered in snake nip doesn’t excuse the snake for biting you, and the snake still deserves to die. No question. But it also isn’t wrong to say you could have made better choices and you are certainly responsible for YOUR choices.”

When I was 17, I wasn’t a good kid – not by any stretch of the imagination.  I kept a good facade, I kept good grades, and I worked a good job, but that was where any goodness in me ended.  In fact, I was downright bad – bad enough that seeing my beautiful, good daughter, I lie awake at night afraid sometimes that she’ll make the same mistakes I made, and be as stupid as I was. 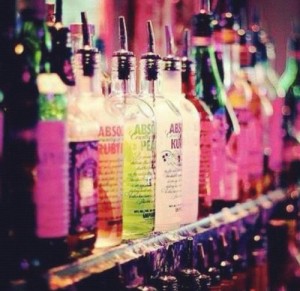 Sparing you the details of all of my badness, I will just say that on New Years Eve, 1989, a friend and I made plans to go out.  We spent hours at her house getting ready, dressing to the nines in micro-mini skirts, tight, revealing tops, stupidly high heals, and big-hairing it as only teenagers in the 80’s could do.  Then we headed to Ft. Benning, Georgia, to a dance club there.  Since we were 16 & 17 respectively, we had to use fake ID’s to get into the place.  But, they weren’t strict.  In fact, my friend used her mother’s and I used a man’s ID to get in.  As long as the bouncer could say he saw an ID, he didn’t care.  And then we drank.  And danced.  And drank.  Ft. Benning is an infantry post, which means the men in that bar out numbered the women 20-1.  Once we paid our initial cover charge, we didn’t have to buy a drink.  We had a table full of men just happy as larks to buy them for us.

Sometime around midnight, the bouncer’s brother started hanging out at our table.  I wasn’t interested in him on any level, because he wasn’t in the military, and for some reason, I felt safer drinking and partying with the guys in the military.  I think because I knew so many people there personally because of my job (I worked at a military supply store), I just felt safe.

This guy didn’t fit in there.  His hair was too long, his clothes were too wrong, and his attitude didn’t fit.  I blew him off, and I guess he didn’t like it. At some point, somehow, he cornered me and dragged me into an empty room.

And he raped me.

I’ll spare you the horrific details.  At some point, he choked me. Years later I realized that I passed out for a space of time. When I could breathe again, I thought he’d kill me, but something stopped him. I had bruises on my neck for days and wore every turtle necked sweater I owned in an attempt to hide them.

I never reported it.  I had — what I believed to be with the perceptions and filters of a 17-year-old girl — really good reasons at the time that don’t make sense under the harsh microscope of hindsight. I never told my friend. I never told the Military Police stationed right outside. I never even told my parents until this past weekend before writing this post. Until now, I never really talked about it. I just buried it. 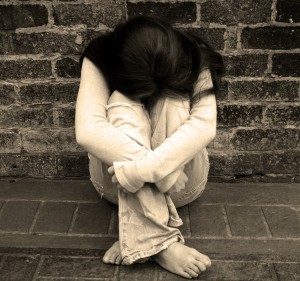 Here’s what I want to say. I knew something then, and I know something now. If I hadn’t been in that bar, dressed the way I was dressed, as drunk as I was, he couldn’t possibly have raped me. While that doesn’t make what he did okay, or excuse him from any of the evil of his act, it is a simple fact and it is a fact worth stating. It is not zero-sum game – taking responsibility on one hand does not remove it from the other hand.  I was where I shouldn’t have been and completely ignored any risk, and I got snake-bit.

While I am not responsible for his actions, I am entirely responsible for mine. I bear complete responsibility for myself, and for just how many of my decisions led me to that place. The modern feminist double standard would have you believe that I was not responsible for wearing provocative clothes, getting drunk, and using fake ID to go to a bar where the men outnumbered the women 20 to 1.

The truth is, that night so many years ago when I was raped probably forged the way for the rest of my senior year in high school and acted as a catalyst for all of the choices I made that resulted in my marriage to my ex-husband. There is no telling what I would have done differently in my life, but honestly, I refuse to devote any emotion or energy into regrets or what-ifs.

Here’s the end and sum of my discussion about this: if some football players raped a girl, then of course they should be prosecuted and punished. The fact that they are 16 and 17 and on the football team should have no bearing. The fact that the girl they raped was drinking and dressed provocatively does not excuse or forgive and should not be seen by anyone as a mitigating factor for the evil of their actions.

But, it can’t stop there. There is more.

There is something to be learned from my story, and countless other stories like mine. I learned my lesson. I was never drunk in a bar again. In fact, I was probably only ever drunk in my life a handful of times after that night, but I was on a path to life long sobriety. And, I became kind of hyper-conscious about how I dressed and, to this day, how my daughter dresses. Because, if I hadn’t have been dressed the way I was dressed, in the place I was in, with as much alcohol in me as I had, then…