In my last 4 posts, I introduced the players in the Christian Battle Royale to determine whether “Appearance Matters in Marriage” and I took off the gloves myself. I demonstrated that the argument made by Rachel Held Evans in her post entitled “Thou Shalt Not Let Thyself Go” was a sexist straw man.

Evans begins with “The message is as clear as it is ominous: Stay beautiful or your husband might leave you. And if he does, it’s partially your fault.”

Then concludes by asking the non sequiter straw man question, “Guys – What is your reaction to the suggestion that a wife’s changing body incites men to cheat?”

Her conclusion is only made more ambiguous because Evans does not adequately define her terms, and thus commits yet another fallacy; the fallacy of equivocation. In my review of Pastor Tim Challies response to Evans, I demonstrated that he agreed with my take in many ways.

What begins and ends with sexist epithets — directed mainly at Christian males, apparently — after a few graceful dashes and slashes of rhetorical verse, results in the fallacy of equivocation. Once the equivocation is firmly set, Evans blithely asks, “Guys – What is your reaction to the suggestion that a wife’s changing body incites men to cheat?”

Evans equates one very singular aspect of objective human appearance — that of bodily changes as we mature and experience life — and conflates it with the highly subjective total concept of “beauty,” thus making her conclusion entirely unreliable.

But that is not her final inference. Note how the argument shifts from, “Don’t (subjectively) let yourself go or else your husband might commit adultery” to “a wife’s (objectively) changing body incites husbands to commit adultery.”

In that shift, Evans equivocates subjective stewardship over one’s chosen appearance and conflates it with the objective natural effects of living and maturing. That is a bait and switch of enormous proportions and makes the thrust of her already largely unsupported argument now entirely fallacious. Essentially, her claim is unmasked as just recycled Phase One Militant Feminist Rhetoric that paints men in general (and Christian men specifically in this case) as enormously shallow misogynists.

It should go without saying, at this point, that I vigorously disagree with Evans’ indictment that this is a common Christian belief or even a common secular male mind-set (though the lies and indoctrination foisted upon us by the cultural media would have us believe differently). Further, I disagree entirely that a wife’s changing body incites husbands to commit adultery. With her sweeping equivocation, Evans widely misses the mark.

In point of fact, her stance is a bigoted, obviously a very sexist argument with little to no basis in reality, intended to indict, incite, and condemn, instead of uplift; meant to drive a wedge between possible understanding instead of increase knowledge between men and women. It is a compromised stance and one that is ultimately discordant and destructive. After even cursory analysis, I find her premise and conclusions fallacious and false.

This is easily tested.

One premise that must be accepted as true in order to find Evans’ claim even marginally reliable is that it is somehow impossible — or at the very least difficult or extremely rare — for a husband to love his wife when her appearance objectively changes over the course of their lives together. Without going on at very great length concerning all of the refutations of this premise, let me just say that it is just utter nonsense.

It is neither impossible nor is it even very uncommon and, at least in my experience, it doesn’t pose any difficulty whatsoever. In my first post in this series, I defined objective appearance and pointed out that it has very little effect on feelings of devotion in either historical or modern cultures. To claim that it does, to assert that it can even have a primary effect, is to make a false claim. That is the beginning and end of it, really.  The point is so obvious I think it would be akin to splitting hairs to even argue it.

Another premise that must be accepted as true in order to find her allegation even marginally reliable is that attaining and maintaining that perfection of appearance is somehow the end all, be all, all important deciding factor in matters of marital fidelity. Think about it. How valid is that premise?

Isn’t it true that a wife can be THE MOST BEAUTIFUL WOMAN ON EARTH by any subjective and objective standards you care to name, but that if she does not RESPECT her husband and she consistently rejects or belittles his sexual needs, they are headed for really, really big trouble?

Likewise, if a husband is the MOST DEVASTATINGLY HANDSOME MAN WHO HAS EVER LIVED but does not LOVE his wife, does not value her, does not hold her as precious in his heart, does not live with her in an understanding way, is unkind to her, belittles her appearance, does not cover her and protect her and provide for her, then they are in serious trouble, are they not?

It doesn’t matter how “perfect” their respective objective physical or subjective cultural appearance is every minute of every day. These marriages are in deep trouble. In actual, real life cases of adultery — not the airbrushed, lipo-suctioned, glamorized, fictional portrayals of adultery — isn’t the paramour often times much LESS attractive than the jilted spouse? Is it then correct thinking to believe that appearance holds such an elevated position of importance where matters of fidelity are concerned?  And the answer, of course, is no.

What About the Bible? 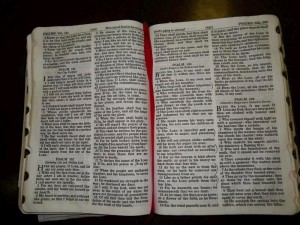 Biblically, Evans is entirely correct in finding the Word of God silent on this issue. Scripture provides absolutely no basis for either spouse to commit adultery or abandon a marriage on the basis of appearance. There is also no Biblical basis to hold a wife responsible for a husband’s sin of infidelity (or vice versa) based on appearance, which Evans independently asserts is a common belief among mainstream Christian men and pastors.

And therein lies the real problem. Indirectly, Evans indicts all Christians — and mainly Christian men and male pastors — by leveling the libelous inference that it is a commonly accepted belief in the current Christian world view that should a wife refuse to take stewardship to maintain her appearance — “appearance” as defined by whatever subjective standards individual married couples recognize — that this somehow justifies a husband in committing adultery.

In fact, she exacerbates the accusation by implying that it is a commonly accepted belief — again, mainly among Christian men and male pastors — that the wife would be somehow “partially” responsible for the husband’s adultery.

From an Egalitarian perspective, any husband or wife who falls into sin cannot blame it on his or her spouse. To do so amounts to pure rationalization and, well, blame — the opposite of the Egalitarian claim of individual personal accountability and personal responsibility before God. So Evans’ claim doesn’t stand up to scrutiny in even the most liberal of Christian world view interpretations.

From a Complementarian perspective, the husband must cover the wife and that is a far reaching responsibility. Mirroring the manner in which Adam had to answer directly to God for Eve’s sin, husbands having headship must ultimately answer for covering their wives; keeping her safe, protecting her against any sin in her own life but also — he answers for keeping her safe and protected against HIS sins. So Evans’ claim doesn’t bear scrutiny by conservative standards, either.

From either mainstream Christian perspective, if your spouse’s appearance is the “question,” seeking out sin is never God’s recommended “answer.” So, biblically, Evans’ claim of “it’s partially your fault” is shown to be false.

I feel I have more than adequately shown that Evans’ premises are not sound, her argument is not valid, her citations are not relevant and/or fabricated, her conclusions are not reliable, and her agenda is highly encumbered with old school militant sexism.

The question Evans refused to take on is whether or not taking stewardship to maintain one’s appearance  can be considered sinful. In my opinion, that is a MUCH more interesting question and one that I wish Evans had taken on rationally and logically.

So, let’s deal with the dodged debate.