I realize I am not known to mince words, so let me just make my position and intentions very clear up front.

Rachel Held Evans wrote a post entitled “Thou Shalt Not Let Thyself Go”  which begins with a quotation from Pastor Mark Driscoll back in 2006, “A wife who lets herself go and is not sexually available to her husband in the ways that the Song of Songs is so frank about is not responsible for her husband’s sin, but she may not be helping him either.”

From this quotation, Rachel Held Evans concludes, “The message is as clear as it is ominous: Stay beautiful or [else] your husband might leave you. And if he does, it’s partially your fault.”

In this post and a few to follow, I intend to show that Evans is — for lack of less direct words –entirely wrong.

She is either inadvertently — and thus pardonably — ignorantly wrong, or else she is very intentionally and arrogantly wrong, which isn’t so excusable. I confess that it is difficult for me to discern which is the case based only on written words absent both kinesics and inflection, though I have my suspicions. Either way, if she is sincere in her faith walk as a “Christ-follower,” Evans probably needs to spend some time on her knees or down on her face before her Creator praying for a revelation of truth and maybe a little bit of forgiveness for her sexist bigotry.

By deconstructing her argument and her conclusion, I hope to dispel a lot of unbiblical cultural indoctrination that is evidenced in Western culture.  I will irrefutably show that one of Evans’ methods of debate mirrors this very oldest method of fallacious debate in recorded human history, and therefore must be viewed very, very critically. I further intend to show that her assertion (indictment/allegation) regarding male attitudes is utterly unfounded and her conclusion is fallacious and false. 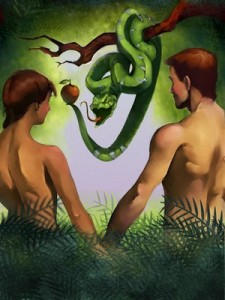 The first and greatest fallacy in the course of human events was when the serpent asked Eve, “Did God really say…” and then misquoted and misrepresented what the Lord God actually had said. In logical argumentation, this is known as a straw man fallacy, or a bait and switch in common usage.

If Rachel Held Evans wants someone to refute her assertions, then it is very fortunate that Pastor Mark Driscoll already provided a refutation in the very text Evans cited in her opening remarks.

Let’s look at the premise for Evans’ assertion. Pastor Mark Driscoll said, “A wife who lets herself go and is not sexually available to her husband in the ways that the Song of Songs is so frank about is not responsible for her husband’s sin, but she may not be helping him either.”

From that, Rachel Held Evans asserts the enormously antithetical claim, “The message is as clear as it is ominous: Stay beautiful (don’t let yourself go) or (else) your husband might leave you. And if he does, it’s partially your fault.”

Did God really say you could not eat? Did Pastor Driscoll really say that your husband’s sin IS your fault, even PARTIALLY your fault? And the answer, of course, is no.

Evans merely constructed a seductive, if fallacious, argument. In fact, Evans states the exact opposite of Driscoll’s conclusion as if he had pronounced it himself, just as Satan did with the word of Lord God when seducing Eve into original sin.

Obviously, Evans created a straw man by claiming a conclusion that simply does not exist in any reasonable sense in Driscoll’s words. Driscoll very clearly states that the wife IS NOT responsible for her husband’s sin.

Evans mentions that her goal in writing this article is not to berate Mark Driscoll — which is a good thing when one considers that she never actually or accurately addresses any part of what Pastor Driscoll said after she quoted him. By the way, my goal in writing this post is not to berate Evans, merely to point out the enormous fallacy at the outset of her argument and the following fallacy of her unreliable conclusion. For the record, it is not my intent to be mean spirited or to further stir the pot. I intend to take this argument on because I am interested in what is right, and what is true, and not at all in what is wrong and what is false.

Driscoll does go on to add that such a wife probably isn’t helping her husband flee from sexual immorality. This accusation of not helping probably cuts a bit. Any Biblical wife’s calling is the role of suitable helper for her husband in accordance with God’s original design. Ironically, Evans chooses not to confront that particular truth claim. Instead, while pummeling her straw man, she cherry picks a highly questionable argument fabricated nearly from whole cloth. 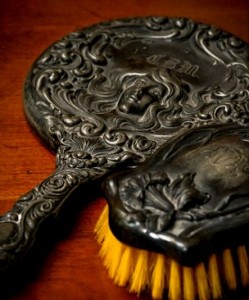 Evans cites three sources to prop up her straw man argument.  Apparently, Evans researched two sources who she cites and then relates a set of personal experiences.

While this first citation makes a truth claim that Biblical Womanhood involves maintaining stewardship over one’s appearance, it makes no truth claim concerning a wife claiming any responsibility for a husband’s sexual sin. Instead, it apparently concludes that it is desirable to entice men who are NOT your husband into sexual temptation well into your mature years — which is so wrong I could not even deconstruct it in less than 500 words — and which all seems highly irrelevant  anyway given the thrust of Evans’ conclusion.

Second, Evans cites Martha Peace writing in The Excellent Wife who advises Biblical Women to remain attractive AND always sexually available to their husbands, saying “the husband should be so satisfied that even if another woman entices him, he won’t be tempted”

This citation makes a truth claim that when Biblical Women maintain stewardship over their personal appearance AND remain sexually available to their husbands that they will help husbands flee from sexual temptation. This citation actually echoes Driscoll’s remark in juxtaposition when he essentially claims that if a wife does NOT maintain stewardship over her appearance and does NOT remain sexually available to her husband, that she is NOT helping him flee sexual temptation. This second citation clearly supports Driscoll’s truth claim — but does not support Evans’ straw man argument in any way at all. 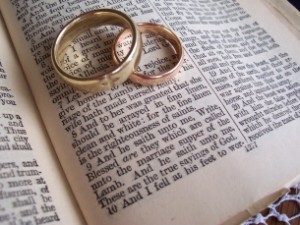 Thirdly, and most disturbingly, Evans claims to have personally witnessed the following “several” times:

And in several weddings over the past few years, I’ve heard the officiating ministers (all of them male) warn young brides to avoid “letting themselves go” after having children or else their husbands might be tempted to “look elsewhere.”

Setting aside the obvious sexism throughout this rather atrocious allegation, I must be frank and say that this unverifiable indictment made by Evans — I’ll be nice —  just doesn’t ring true to me. Upon reflection, out of the many, many, many weddings I have attended over the course of my lifetime of various denominations, I have never once heard such a thing in more than four decades. Not ever. So I asked around. Guess what? None of the many friends and acquaintances I surveyed on this issue had either. Never even once.

Don’t get me wrong. I am neither attempting an argument from personal ignorance, nor am I accusing Evans of outright lying. But I confess I suspect deception.  What would her possible agenda or incentive be?

Since she is neither dealing with Driscoll’s actual words nor their actual intent, and since neither of her two previous citations even indirectly support her conclusion, might one fairly ask whether or not Evans would intentionally compromise her integrity and fabricate this final and personal (thus unverifiable) citation simply to make her straw man argument appear more plausible. Or perhaps appear more grandiose and dramatic? More controversial? Generate more blog traffic?

If this claim turns out to be a hoax, fabricated entirely from whole cloth, then Evans’ might want to review her own book about “evolving” in Dayton, Tennessee — home to the famed Scopes Monkey Trial — and thus refresh her memory on Satan’s agenda of indoctrination — persuasion by means of deception or force in order to create seductive arguments — such as with Piltdown man or Nebraska man.

With this unverifiable citation that doesn’t ring true to me or anyone else in my ad hoc straw pole, integrity demands that I must discount it as unreliable — for now. However, I am willing to be satisfied by exceedingly minimal verifiable evidence. After all, just because it sounds entirely false to me as well as absolutely everyone I know and probably the majority of folks reading this, it doesn’t mean it isn’t true.

So, if anyone reading this post can verify the veracity of Evan’s third citation, that such shallow misogyny whilst officiating a ceremony meant to bind two living souls in holy matrimony is now commonplace, I would like to possibly view some wedding video footage, or speak to an officiating (presumably male, apparently) minister or two. Without verification, however, integrity demands that I must hold this citation as unproven and largely unreliable.

And so should you.

The most glaring fallacy in this line of reasoning remains to be discussed, and will be in my next post.