My childhood memories of preserving food are all centered around my grandmother’s kitchen in Oregon.  She and my grandfather had a huge garden, and in the early fall, we’d spend hours after hours after days there while my mom helped them can and preserve food.  As such, she is my foremost authority on preserving – despite all of the books and resources I have.

Several years ago, I found corn on the cob on sale.  It was a fantastic sale – enough for me, who wasn’t so much into preserving at the time, buy as much as I could afford.  I went home and called my grandma and said, “Now what?”

She told me to shuck the corn.  I did that but didn’t take any pictures.

Then, with a sharp knife, run your blade gently, in a sawing motion, down the ear of the corn, as close to the cob as you can get. 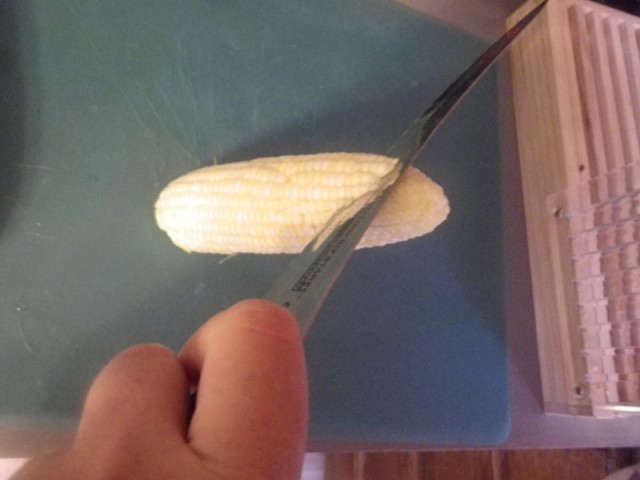 Be patient and slow and it will work. 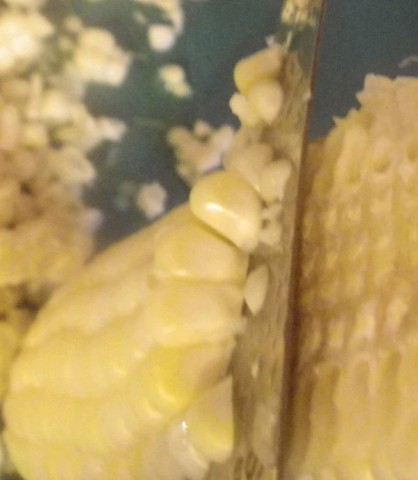 Your leftover cob should look similar to this. 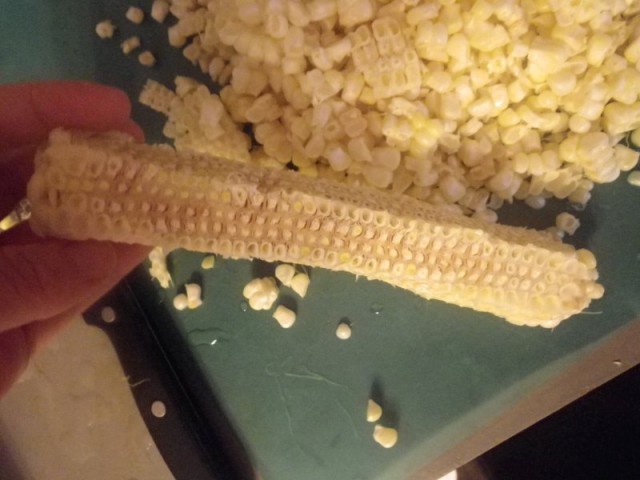 Once all of the corn is off of the cob, place it in a skillet over medium heat. 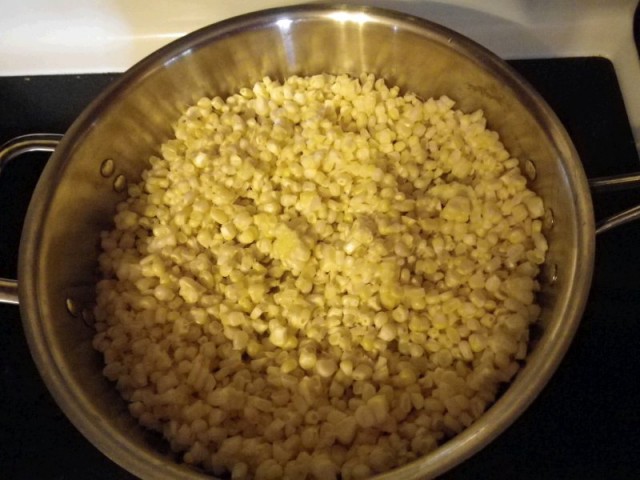 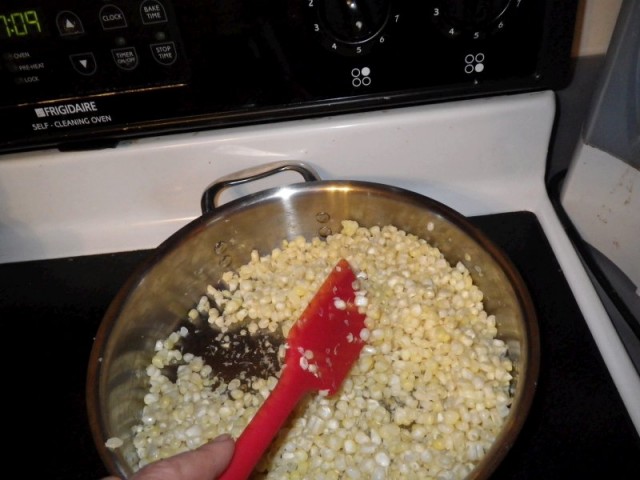 As soon as it’s hot to the touch, remove it from the heat and bag it in freezer bags.

Label it and freeze it. 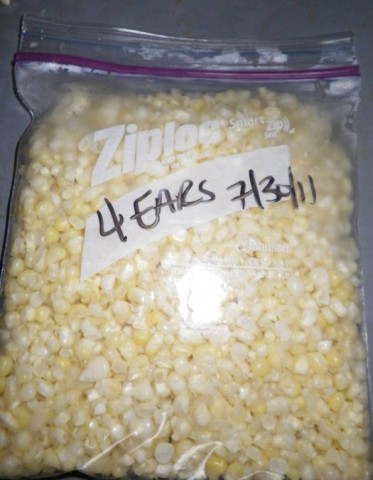 When you’re ready to cook it, remove it from the freezer and put it in a pan.  Cover it with water and cook it very similarly to how you would cook The Best Corn on the Cob Ever.

The first time I ate this, I was amazed at how fresh it tasted.  It tasted like I had just picked it that day and cooked it for dinner.  It was the best frozen corn I’d ever eaten.