Virtues: The Safety of Self Control

This post originally ran on August 15, 2009. Please enjoy this series from my early blogging months.

Read all of these posts on virtues by clicking here.

The seven virtues she finds revealed in Titus 2:3-5:  Older women likewise are to be reverent in behavior, not slanderers or slaves to much wine. They are to teach what is good and so train the young women to love their husbands and children, to be self-controlled, pure, working at home, kind, and submissive to their own husbands, that the word of God may not be reviled.

We all know the concept and the struggle of self-control. Seeing that decadent chocolate dessert on the waiter’s dessert tray, ignoring the basket of laundry to spend five more minutes playing Farkle on Facebook, making a vow to do that Jazzercise video every single day. January first will herald a whole new litany of promises for self control with all different desired results to the tune that it becomes a joke, a story line in sitcoms and the punchline for stand-up comedians.

Paul lamented in Romans, “I have the desire to do what is right, but not the ability to carry it out. For I do not do the good I want, but the evil I do not want is what I keep on doing.” ~Romans 7:18-19

In Titus 2, the third virtue listed is the virtue of self-control. As much as we’d like to joke on January 12 about not having self-control, we need to realize that a lack of self control is a sin and it gets in the way of our relationship with God. One thing we need to keep close to our hearts is that if self-control is not attainable, then God wouldn’t require it. But often the things He requires aren’t so easily attained. Self-control takes effort, and we would not be able to accomplish it in all areas without help from God. He wants us to turn to Him for help.

Man may talk of self-control, as if the reins were in his own hands. But he who has been “born of the Spirit” and taught “to know the plague of his own heart” is made to feel that effective self-control is divine grace, not his own native power…Have not repeated defeats taught us the need of calling in better strength than our own?”

Proverbs 25:28 says, “A man without self-control is like a city broken into and left without walls.” 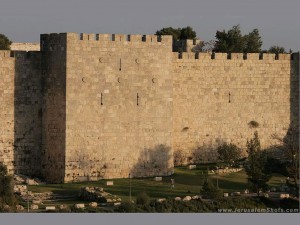 When Solomon wrote his proverbs, most Hebrew cities were surrounded by two walls – a three-foot think inner wall and a four-foot thick outer wall. These walls were erected as a means of defense against enemies. As Christians, we face another kind of enemy – one who seeks to devour us. We need to build a wall of self-control so that we can not only achieve victory over external temptations, but internal temptations as well. In doing so, we’ll be bringing glory to God.

In Romans 12:1, Paul wrote, “I appeal to you therefore, brothers, by the mercies of God, to present your bodies as a living sacrifice, holy and acceptable to God, which is your spiritual worship.”

As we struggle with over-indulgence in food, an apathetic attitude about exercise, wanting to sleep too much or to sleep too little, drunkenness, tobacco use, recreational drugs — we need to remember that God has commanded us to keep our bodies holy, to make keeping our bodies holy a sacrifice to God.

Above and beyond our physical struggles for self-control, we also face an onslaught of thoughts and feelings that require reining in, being controlled. An estimated 10,000 thoughts course through the human mind in a single day. The Bible tells us in 2 Corinthians 10:5 to “take every thought captive to obey Christ.” With the terminology of “captive”, one can only assume that thoughts aren’t easily controlled, that we have to aggressively contain them – to have self-control over them.

As women, we are often driven by our feelings. However, in Psalms we read:

“Delight yourself in the Lord.”

“Rejoice in the Lord always. Again I will say, rejoice.”

When we feel ourselves being dragged down, out of glorifying and edifying God, by feeling bad, angry, mad — we need to remember that our feelings are not authoritative. They matter, never think that your feelings don’t matter, but you need to find the source for them in your heart and work to resolve that. In A Severe Mercy , author C.S. Lewis wrote:

It is a Christian duty, as you know, for everyone to be as happy as he can. 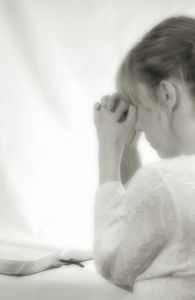 Through God, through prayerful petition and discarding of feelings that are rooted in sinful thoughts, we can find joy and happiness in the midst of even the most trying circumstance – and find a way to rejoice in the Lord and be glad in the Lord always.

By exhibiting self-control over our physical bodies and physical desires, and by maintaining self-control over our inner thoughts and feelings, we are able to not only be a witness to those around us, we are actively worshiping God. And as temporarily pleasing as that chocolate molten lava cake may be, it is a fleeting joy and nothing compared to the eternal joy we will experience at the feet of our heavenly Father.