Seeds of Faith: The Friendship Factor

Most of us go into parenting completely oblivious to what is ahead. We think that we will be the best parents on the planet – the ones who always know where their children are and who they’re with. We look at child abductions and crimes against children, drug and alcohol abuse by children, pregnant teens, eating disorders, and think, “Not MY child.”

Unfortunately, those can sometimes be famous last words.

In continuing my discussion of Vicki Courtney’s 5 Conversations You Must Have with Your Daughter, we enter into Chapter 6, “The Friendship Factor.”

We have three children – a 13-year-old daughter (Kaylee), a 4-year-old son (Scott), and a two-year-old son (Jeb). Within a few months of moving from Florida to Kentucky, I was pregnant with Jeb. It was a hard pregnancy that required bed rest and ultimately an emergency c-section. My husband has also either been away for Army training or in Afghanistan for the last 3 years. During this time, I got into some really bad habits with Kaylee that I didn’t even see until just a few weeks ago.

As we talked about in Girlhood Interrupted, friends are typically the primary influence in a teenager’s life. And, children are so wired these days with cell phones and internet that they’re able to communicate with each other without parents interacting or even necessarily knowing about it.

Between having such young children going to bed relatively early, and Kaylee being able to communicate with friends without me or other parental involvement, I just gradually, and without any intent, 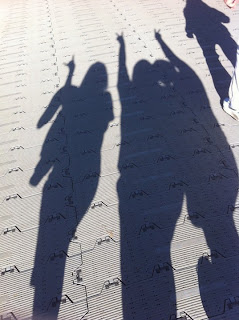 allowed Kaylee to go and do with friends I didn’t even know. While I knew the friends’ names, I didn’t know their parents’ names and I didn’t have phone numbers.

In the first month of school this year, a few things happened that really made me open my eyes:

I put the brakes on everything at that point. I sat her down, with a breaking heart, and told her it had been my fault that I let things slide so much. I told her that she was only 13, and despite us living in a small town in Kentucky, she couldn’t continue going and doing things she’d been doing as if she were an older teenager.

I told her that she couldn’t go anywhere unless I took her and picked her up, or unless I personally spoke to the parents who would be taking her places, and unless I personally made the arrangements. I told her she couldn’t go to a friends’ house unless I went with her, went inside, spoke to parents, and got phone numbers. I told her anyone could come to our home, but that she was losing all of the freedom that she shouldn’t have had in the first place. Then we prayed together and thanked God for keeping her safe even when I gave up my own diligence.

She has been very graceful in the way everything so rapidly changed. I think she understands, on a very small scale, how unsafe I had allowed her to be. And I am so happy that nothing happened. I have enjoyed getting to know her friends’ parents and look forward to those relationships growing over the next four or five years.

It’s our responsibility as parents to safeguard our children, and that means filtering their friends, whether they like us doing it or not. It’s our job to say, “No,” “That’s not safe,” “You’re too young.” It’s okay if we have to do it. And I think ultimately they’ll understand, even if they buck against the authority now.