I kind of dropped off the face of the earth there.  Here’s what happened:

On June 30th, I posted about how crazy life had been.  I hadn’t really stopped much from there.  We had a big Independence Day concert at our church, my 14-year-old niece was in town, we had our family’s week-long church camp (a long post about that is coming soon – I’m very excited to share that with you – I just need time to write it up) that ended on Saturday the 17th, and my niece’s dad picked her up that afternoon.  After these weeks of just non-stop out of my schedule busy, I was looking forward to a week of getting caught up on laundry, housework, gardening, and canning.  Gregg was scheduled to be home Saturday morning.

I spent Monday working in the garden and canning.  Tuesday was my normal volunteer at the soup kitchen morning, followed by a late doctor’s appointment for Scott’s 4-year-checkup, so it was pretty much a wash.  Tuesday night, Gregg called and said that because of so-and-so, he wouldn’t be able to fly out of X, but that he could fly out of Y.  (Forgive my vagueness – we are at war, even though we often forget it.)  Since Y was much closer to where he was, he might could finagle leaving his location Wednesday instead of Thursday, and because of not having to travel to X, he would get to Dubai (where his flights would become civilian instead of military) two full days early.  He felt confident that he would be able to work the civilian end to get home earlier than Saturday.

That was very exciting, obviously.  So, I went to bed Tuesday night praying that things would work out.  I didn’t hear from Gregg Wednesday morning, and briefly wondered if he was working or on a plane.  Wednesday afternoon, he instant messaged me from the Dubai airport!  AND, he would be home on Thursday!  TWO full days earlier than originally scheduled.

Very very exciting.  So, Kaylee and I rolled up our sleeves and got three days’ worth of carefully scheduled housework done in eighteen hours.  Thursday morning, we left for the airport.  His flight was delayed so we had time to stop for lunch before we finally were able to meet him, breathe the same air, touch, hug, kiss.  It was so beautiful.

Our airport is very near to the Creation Museum, and the boys have started to associate airport pickup and drop off with eating there and buying a dinosaur at the gift shop.  Not to be one to let his kids down, Gregg, despite traveling for 36 hours, stopped at the museum and let the kids find a treasure in the gift shop, then we headed home.  We stopped for dinner about halfway home, and at 8:30PM, he finally was able to sit down on his couch and read to his children.

Those of you who are my fans on Facebook kind of have been able to keep up with me, but I’ve kind of left the rest of you in silence.  I apologize for that.

I have about ten days in the next couple of weeks where I’ll be able to really put some time into the blog and my other writing.  We’ll be in a hotel room in Alabama while Gregg gets caught up on National Guard duties.  With no garden, no major chores, and a 2-bedroom suite, me and my computer are going to have a good working vacation together.  I intend to get several posts scheduled (including several The Power of a Praying Wife posts) so that the blog doesn’t suffer even when my life gets busy.

AND, my one-year blog anniversary (my blogiversary) is coming up on August 6th!  To celebrate with you, we are having an exciting giveaway with all sorts of fun ways to enter.  Look back later today for the giveaway post (which will run for 2 weeks).  But, here’s a hint: 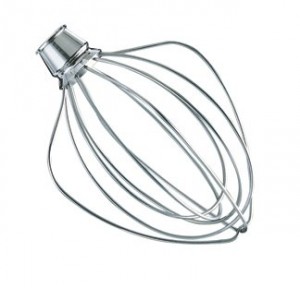