I have dedicated the last several posts to the topic of abiogenesis, or spontaneous generation, which is the Darwinists belief that life can magically spring from rocks and water.  Before I wade into the morass of macro-evolution, which is the Darwinist belief that one species can magically change into an entirely different species, just add time and randomness, I felt it was important to reflect upon the basic formal argument for Darwinism as a religious belief. 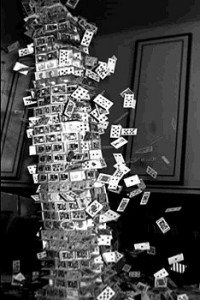 A House of Cards Built on Lies

There are three primary premises to the Darwinian argument. These amount to articles of faith and Darwinists desperately cling to them.

If these are the premises of the argument, then the conclusion that naturally follows is:

The problem Darwinists face with this entire argument is that every single premise is utterly and hopelessly wrong. The bigger problem is that when these foundational beliefs are shown to be false, the entire argument falls apart much like ripping the tablecloth out from beneath a house of cards.

Methodology of the Darwinist Lie

The part that strikes me as offensive and insidious is the manner in which this lie is peddled.  In short, if one can be tricked into believing that the initial premises of the Darwinist model are accurate, or even possible, then it is further possible to buy into the conclusion. The methodologies Darwinists employ to sell this lie are the exact same social engineering methodologies employed by con-men (confidence men) when suckering their chosen marks. 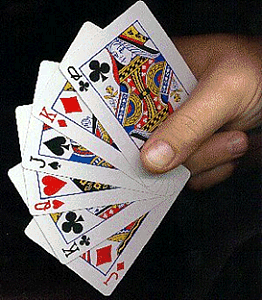 If Darwinists can gain your confidence, fool you into believing that your self-interest is somehow better served by their lies, then they can fleece you with ease. In the process, the mark will lose the ability to think critically, employ sound logic, make strict moral judgments, or see the man behind the curtain.

If you know anything about real science, you know that there is not one single Darwinian lie that stands up under close scrutiny. It is all a sham, a scam, a mendacious construct — a lie.

Random disorder and random events only ever lead to entropy, or further disorder. The nature of disorder is that it never organizes itself. Never. It remains random. This is why it is called “random” in the first place. There is no rhyme, reason, or rhythm to randomness. There is no organization, no pattern, no template that is not put in place by order. Order is always defined as an act of an intelligent agent.

Darwinists like to point to the simple order demonstrated by bubbles and crystallization. These form as a result of ordered laws at the molecular level. What these structures never do is “evolve” into more complex structures. They cannot add to the information they already contain.

The fact is that randomness cannot ever generate the kind of highly specific zero tolerance for error order found in even the simplest protein chain. 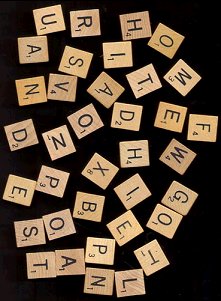 For example, if you have a bag of scrabble chips and you randomly select three letters over and over, eventually you may select the letters that spell the word “DIE” and this would be, then, the given information.

Now, given the word, “DIE” we have to interpret it to then have our received information. Well, everyone knows that word means, basically, the end of life.

Everyone except German speaking people, that is.

In the German language, “DIE” is an article that means much the same as the word “the” means in the English language. Likewise, if we were to retrieve the word “NINE” it would have vastly different meanings between English and German and is utterly meaningless in literally thousands of other languages.

Likewise, the encoded language of proteins, RNA, and DNA are utterly useless without an intelligent agency that can decode the instructions in them and put them to use.

If DNA is the library, who is the author? Randomness? Hardly.

Natural selection is a phrase that is a built in lie. Nature cannot think. Nature is mindless. Nature has no will, no facility to plan ahead, no intelligence with which to engineer, no desire to fix what is broken.

Nature cannot and does not select. 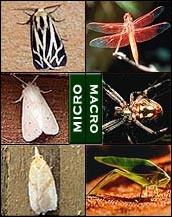 What Darwinists refer to as natural selection is actually just simple variation within a single species. It is very easy to achieve and not always driven by nature. For example, every hybrid variety of corn or tomato commonly grown today is the result of careful interbreeding to achieve a desired combination of traits.

Interestingly enough, the Darwinian model of “natural selection” was rejected wholesale in the early part of the 20th century by — Darwinists. These so called Neo-Darwinists rebelled against the natural selection theory, saying that natural selection has never given evidence of being able to change one species into another — and is not able to do it. Guess what? They are exactly right.

Hybrid corn is still corn. Hybrid tomatoes are still tomatoes. You cannot “naturally select” corn until it turns into bananas or fish. It just doesn’t ever, ever happen no matter how much time and randomness you add to the equation.

Neo-Darwinists recognized that so-called “natural selection” cannot produce cross-species change. These “neo-Darwinists” decided that it is mutations which accomplish the changes, and that natural selection only provides the “finishing touches” to the species.

When it comes to “natural selection” the bottom line is that it cannot change one species into another species. And that is just a fact.

Mutation and Survival of the Fittest 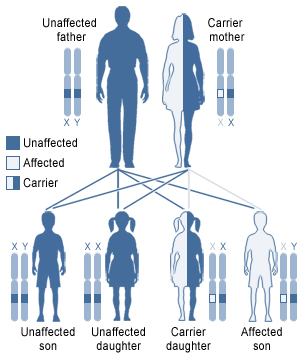 Mutations DO occur in nature. Mutations are considered either benign or malignant. Mutations that are categorized as benign mutations have almost no noticeable effect and mostly occur in gene sequences that do not code for proteins or complex instructions for processes.

Some malignant mutations are simply lethal at the outset. For instance, Carpenter Gene mutations are 100% fatal 100% of the time.

Occasionally changes in offspring occur because of a serious mutational defect. These are malignant mutations. Such alterations nearly always weaken the individual that has them. A mutational change is NOT the normal variational reshuffling of the existing DNA code, but rather an actual change in one tiny item in the information of the code. 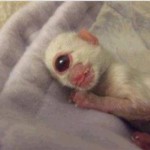 The result of malignant mutation is that the perfection of the code has been irreparably damaged. The resultant offspring are weaker, often do not or cannot reproduce, and they are much more likely to die off.

Malignant mutations rarely result in any advantage on the Darwinian evolutionary scale. What advantage is found in an extra head, or a single eye?

There is no Darwinian advantage to any of the extra useless appendages that occur in nature. There is no advantage to loss of sense, function, or cognition that would equal a more “fit” rating. Furthermore, mutations never add any new information to the genome – they only ever reduce the total information or repeat existing information.

These days, textbooks use the mutant icon of the 4 winged fruit fly in an overt attempt to gain the confidence of school children that the Darwinian religion is factual. This is a good enough case study.

In light of all this information, the new argument looks like this: 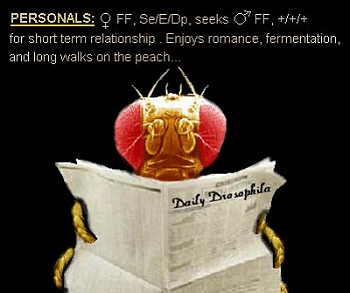 The past few weeks have been really difficult for me both personally and at work. My boss had to return home for medical reasons and I stepped into his shoes. This resulted in me having to perform both my own job in addition to covering his responsibilities. This meant I have been working insane hours and catching up on sleep in my off hours out of sheer exhaustion.

As I have had little time to focus on these Sunday posts in the past weeks, I have actually gained some clarity. It is clear to me that people are inclined to believe what they want to believe in the face of the facts.

For whatever reason, Darwinists have a radically different world view than those who know and understand the truth. They can isolate a single fact and ignore dozens of other facts that refute their interpretation of that single fact. They can successfully cling to a single thought and ignore every argument that leads up to that thought.

I just cannot bring myself to do that. I much prefer dealing with actual reality, actual science, and actual facts — ALL of them — with an open mind.

This week, I encourage my readers to look at the foundation of your own beliefs. Is there rot at the foundation, or a Rock? Is your ideology solid, or have you compromised your world view and your beliefs for the sake of fallible men?

I encourage you to go on a home-improvement spree in your spiritual dwelling.