And They Said It Couldn’t Be Done

Recently our church had a “Linger Longer” fundraiser for the youth after morning services.  We had soup and sandwiches and gave donations to the youth.

Among the many choices for dessert were cupcakes with chocolate icing and rainbow sprinkles.  Much too tempting for two little boys to deny.

Before church, I managed to snap a couple of photos for their Daddy. 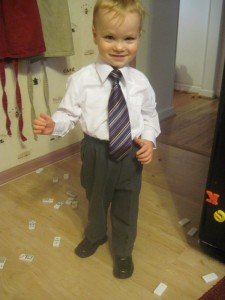 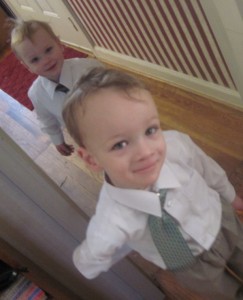 After eating chili and peanut butter sandwiches, they each grabbed a chocolate cupcake and ran around the church gym, playing and running and playing some more.  A friend stopped me at one point in just a panic.  “Have you seen their shirts?”  Another one came up to me, “They’ll never come clean.  Chocolate just doesn’t come out.”  Another one said, “I don’t know how you’re staying so calm.”

Here is a picture of the offending chocolate stains: 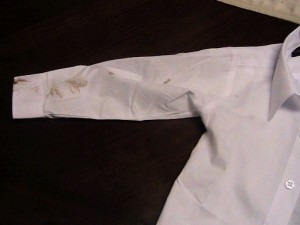 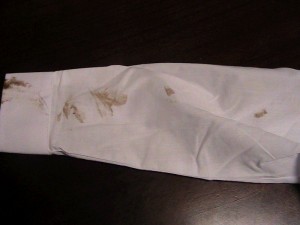 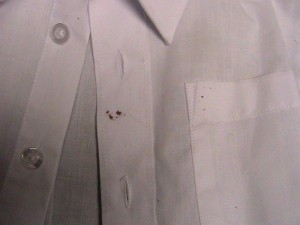 They’re white shirts, so I filled a small bucket with water and put about a Tablespoon of bleach in it, then added the shirts. 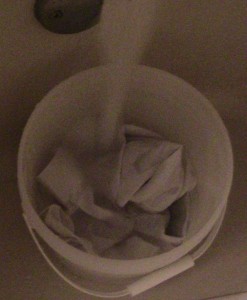 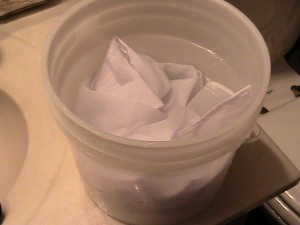 A day later, I pulled them out and washed them in a load of hot, bleached wash. 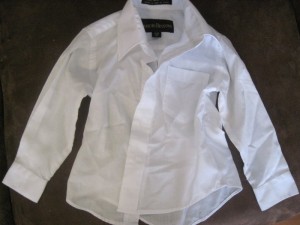 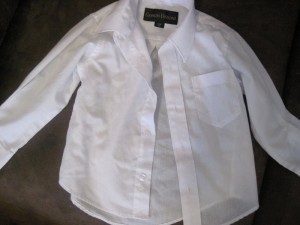 And they said it couldn’t be done.