Oh the Teen-iness of it All! 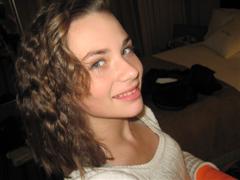 My daughter is an amazing child.  She is smart – she received a Presidential award at the end of her fifth grade year for academic excellence in making straight A’s all through elementary school.  She’s faithful – she came home from church the other day wanting to start a prison ministry.  And she’s beautiful – working volunteer work the other night, one of the women stopped her and told her she needed to be America’s Next Top Model.

But she’s also on the cusp of being a teenager, and all the things that come with being a teen.

According to experts, prior to adolescence, a child’s primary influencer is his or her’s parents (or guardians.)  There is no cognitive thinking of consequences.  That part of the brain isn’t developed yet.  There is simply, “Mommy said no,” or, “Daddy said stop,” or, “I touched the stove once and it was hot, so I better not touch it again.”  Children are influenced by what we as parents require, demand, control, encourage, motivate, discipline, etc.

Once a child reaches adolescence, though, the parents are no longer the primary influencer.  Number one becomes peers, and number two becomes the media (and in saying the media, that means movies, television, music, internet, etc.)  There is no “this is right and that is wrong,” there is simply, “if I do this will my peers think it’s cool,” or, “if I don’t do that, will my peers mock me.” 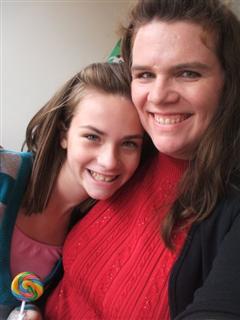 The last thing to develop physiologically in a child/teen/young adult is the frontal lobe.  That part of the brain is the cognitive thinking part and determines that a+b=c.  A being action, b being reaction, c being consequence.  Until that development, there is no a+b=c.  There is simply experience (don’t touch the hot stove) and influence (peers and media).

My dad spent 29 years in the Army training and leading young men, and 9 years at a boys’ military boarding school.  In those many years as a leader, motivator, and influencer, he said that when that frontal lobe developed, it was like a lightbulb went off.  One day a boy might be doing this because his peers suggest that’s the “cool” thing to do, and the next day the boy realizes that doing such a thing is in the way of his goals (like getting into college) and stops doing such things.

There is no magic age.  It begins in adolescence and ends in young adulthood – and the individual determines that timing.

So, while I look at my beautiful, poised, brilliant daughter and think that she’s a young lady, I need to stop and remember that she isn’t a young lady, she’s still a child with no cognitive thinking capabilities, who still requires my influence and guidance.  She’s also an individual whose respect I must garner if I hope to influence the next 5 or 6 years of her life.

And what prompted this post?  It wasn’t anything tragic or deep or spiritual.  Black Friday, while shopping with my beautiful daughter, we stopped at the big display of Christmas sweaters.  I said, “Let’s pick out our Christmas sweaters.”

“Uh, mom, I don’t want a Christmas sweater this year.”

A few weeks ago, I bought her a Christmas shirt.  So, last night while digging through some bags to find something else, I came across the shirt.  I took it up to her room and said, “I bought this before I knew you didn’t want a Christmas sweater this year.”

Are you ready for this?

“Oh, that’s awesome.  My friends and I are having an ‘Ugliest Christmas Sweater’ contest and I was a little bummed that I didn’t have something to wear.  Now I do.”

Best I can reckon, being a cognitive thinker, is that other mothers didn’t take the “I don’t want a Christmas sweater” speech as well as I did and they’re being forced to wear one, so why not make it a mockery of a contest amongst themselves to remove any embarassment of “having” to wear their sweaters.

Oh!  Want to see the “Ugliest Christmas Sweater” that I bought her? 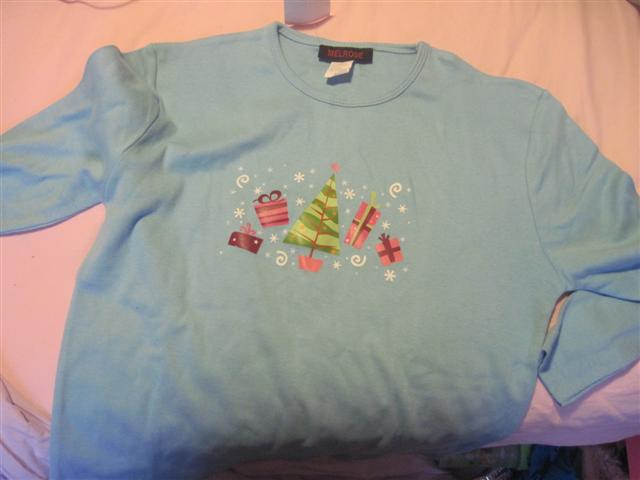