My father was career Army.  I was born in Nurnberg, Germany, and lived in two countries and 6 states before I was 18.

My parents were high school sweethearts.  They started dating at 16, were married at 20, and had the first of their four kids at 22.  They were both born in the same hospital in the same town, and spent almost their whole lives in that little town in the Willamette Valley of Oregon.

Considering the fact that the town is nowhere near to be considered a military town, my dad had the opportunity to work at a local University in ROTC for four years.  We were able to live in my parents’ hometown for a good portion of my childhood, something that not all Army brats can say. 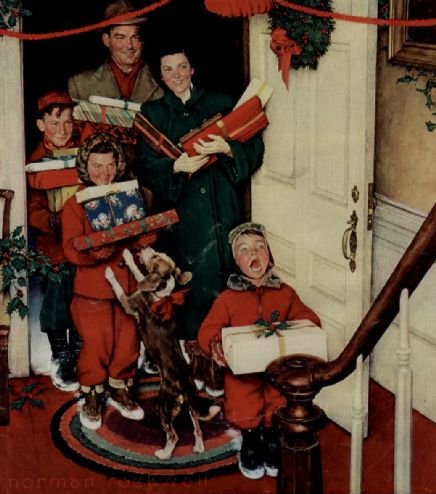 We moved there when I was 9 and moved away when I was 13.  When I think of Christmas as a child, I always think of those four years.

My mom’s parents had blue shag carpet with green threads.  They always painted their Christmas tree with that fake white snow – coated it so that it was solid white, then decorated it with blue balls and blue tinsel.  I want to say even the lights were blue, but I could be wrong. I wish I had a picture of that tree.

After dinner, my mom’s brother, Steve, would read to us Luke 2.  He has a very deep, resonating voice, and listening to him read was very beautiful and stirring.  I can’t read Luke 2 without thinking of my uncle.

Then we got to open the presents from my grandparents – and they were almost always Christmas pajamas.  My mom still keeps that tradition, and my kids are all excited about their Christmas pajamas.  Uncle Steve always gave us some amazing gift – he was single, a successful professional, and had no kids of his own.  I will never forget the Christmas he gave us a Texas Instruments Home Computer.

By the time we were done opening presents, my grandmother’s brothers and sisters and their families would start dropping in.  My great-grandmother lived a block away, and they would come into town from various parts of Oregon and stop by for dessert and coffee and to say hi to my parents and grandparents.

When it was much later than Santa probably wanted it to be, we’d pack up and drive home and the four of us would go to bed certain we’d never be able to sleep, and likely were asleep within minutes of laying down.

It was a wonderful time in my life.  I love my family in Oregon and don’t get to see them as much as I used to.  My great-grandmother has since gone Home, my grandfather is singing in Heaven.  My grandma still makes the best fudge on the planet, but doesn’t put up that tree anymore.  My uncle lives with her.  I hope one day my kids can sit on her (now beige) carpet at his feet and listen to him read Luke 2 the way I used to. 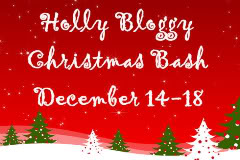