The 6 types of evolution taught in the average public school today, the first 5 being types of Darwinian evolution, and the last being simple modifications within kind or changes within kind and not even technically “evolution,” are:

Steller evolution is the theory of the origin of stars, or how stars “evolved.” The theories of stellar evolution can be largely separated into two categories. There are theories that fall into how stars “evolved” as part of the aftermath of the Cosmic Evolution brought about by the Big Bang, and there are other theories about how stars are “evolving” even today.

The current theories of steller evolution would have us believe that big gas clouds and nebulae in outer space are giant “Stellar Nurseries” where gas is “condensing” into “proto-stars” or “population III stars” or “first-generation stars” pick your authoritatively scientific sounding catchphrase. Now, if I spent all of my time living on government grants while peering into the sky, and I told you that nebulae in outer space are giant “Stellar Nurseries” and every time some dust moves out of the way and stars behind them appear brighter, I jump up all excited and point and yell, “SEE! SEE! A STAR IS BORN!” Would that not sound as if some great scientific truth had just been revealed? 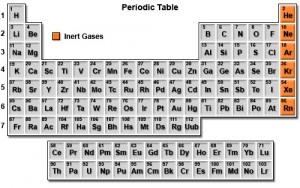 The problem Darwinists face is that even by the most imaginative calculations, the Big Bang cannot produce any elements heavier than Lithium. The most widely accepted theories only make hydrogen and helium. Those are only 2 of the 92 natural elements. So, how do we get the other 90 and specifically how do we get the elements heavier than iron? Simply put, the fairy tale that stars are evolving now or evolved out of the imaginary Big Bang is the required rationalization that explains the creation of these other elements.

As I covered in the previous posts, gas in outer space doesn’t condense. To answer this problem, a fairly famous agnostic astronomer once theorized that if 4 or more stars exploded near a gas cloud at the same time, that would provide enough energy to compress the gas cloud into a new star. Oh, really? So, four stars surrounding a cloud of gas all blow up at once? Well, that probably happens every day. Seems very likely. And, just to get my math right, we are trading 4 old stars in for 1 new one? Is that like the broom salesman who purchases brooms for a dollar each and sells them for 20 cents? “Honey, I got killed out there today. I lost a lot of money. But I’ll make it up on volume.”

The Big Bang theory of Stellar Evolution says that the Proto-Stars, once magically formed, repeatedly exploded. Billions upon billions of stars kept exploding, for billions of years. Gradually, these explosions are said to have produced all of the heavier elements.

I have already shown that gas doesn’t condense, angular momentum cannot be applied without some outside force acting on it, and centripetal force would dissipate said gas anyway. So, once more I must set aside reason, logic, and common sense, and develop an ability to ignore scientific facts in order to assume that Stellar Evolution could happen anyway. In that case, there are still hundreds of factual scientific reasons why Stellar Evolution cannot occur.

The main logical reason that this theory is a bunch of hooey is very simple. Once something explodes, it never explodes again. If you don’t believe this, try making the same firecracker explode more than once. Even if you reassemble its constituent parts after the initial explosion, you are going to have an ignition problem and a fuel problem. Those two problems will combine to be insurmountable 100% of the time.

The main scientific reason why it cannot occur is called the helium mass 4 gap, that is, there is a gap immediately after helium 4. The nuclear gaps at mass 5 and 8 make it impossible for hydrogen or helium to change itself into any of the heavier elements. So, even discarding logic to assume that stars can explode over and over, exploding stars could not produce the heavier elements.

Some scientists speculate that some heavier elements might be produced, but even that would not be enough to supply all the heavier elements now in our universe. Among nuclides that can actually be formed, gaps exists at mass 5 and 8. Neither hydrogen nor helium can jump the gap at mass 5. This first gap is caused by the fact that neither a proton nor a neutron can be attached to a helium nucleus of mass 4. Because of this gap, the only element that hydrogen can normally change into is helium.

Okay, but EVEN IF it spanned this gap, which, as I said, it cannot, then it would be stopped again at mass 8. Hydrogen bomb explosions produce deuterum (hydrogen 2), which, in turn, forms helium 4. In theory, the hydrogen bomb chain reaction of nuclear changes could continue changing into ever heavier elements until it reached uranium; but the process is stopped at the gap at mass 5. Darwinists theorize that our very own sun burns by means of fusion. If it were not for that gap, our own sun would radiate uranium toward us instead of just heat and light.

Okay, so EVEN IF hydrogen spanned the mass 5 gap which is impossible, it still is completely impossible to span the mass 8 gap.

One really does not have to be a nuclear surgeon or brain scientist to understand this. If you will look at any standard table of the elements, you will find that the atomic weight of hydrogen is 1.008. Deuterum is a form of hydrogen with a weight of 2.016. Next comes helium with an atomic weight of 4.003, followed by lithium at 6.939, beryllium 9.012, boron 10.811, and so forth. As you can see, gaps in atomic weight exist at mass 5 and 8.

Stellar Evolution theories depend upon hydrogen being able to cross these gaps due to explosive forces. So, the real question is can hydrogen explosions cross those gaps? And the answer, as you probably already guessed, is No.

Nuclear fission like that which occurs in a nuclear bomb explosion or in a nuclear reactor, splits uranium into unstable uneven halves of barium and technetium. Nuclear fusion like that seen in a hydrogen bomb explosion combines, or doubles, hydrogen into deuterum (helium 2), which then doubles into helium 4, and then it stops there.  These types of reactions begin with radioactive elements that are MUCH heavier than hydrogen and helium and cannot accomplish what Stellar Evolution theorizes.  A hydrogen explosion, even in the heart of a star, does not span the mass 5 gap, and never reaches the mass 8 gap. 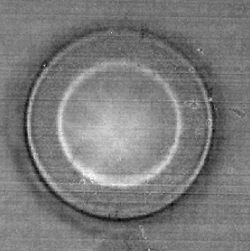 To make up for this, Darwinists speculate that the explosions of the early proto-stars were special. They were extra super duper hot, apparently, and that super duper unbelievable heat could theoretically account for mass spanning the gaps because you are adding energy. There really isn’t a good scientific reason why simple hydrogen and helium stars should explode over and over and over, and there really isn’t a good scientific reason why those explosions would be extra special super spicy habenaro hot. The only justification, really, is to make this idiotic theory seem plausible and make the math work out, kind of like Ptolemy adding his orbital epicycles.

But okay, let’s make the super ridiculous hot explosion assumption. Fine. I have abandoned reason once more to make that assumption. Now we are looking at a monopole problem again. Heat that theoretically tremendous should also theoretically produce monopoles, as long as we are being theoretical, and — factually — there are none in the known universe.

The Bible goes into great detail about all of those acts of creation and carefully details how God created man, male and female created he them, his finest creations. In all of those words describing the God of wonders whose hand crafted everything that has ever existed and everything that exists today, there is one sentence that fully explains how the stars and the galaxies came to be. That one sentence reads like this: